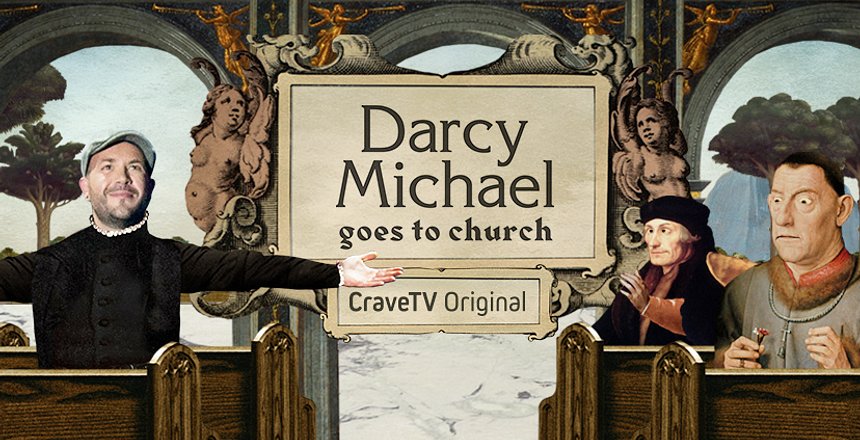 Dominating the Comedy scene for close to 15 years, Darcy Michael continues to prove his voice is one like no other. Pegged by the Montreal Gazette as one of their favourites at the prestigious Just for Laughs Festival - he has gone on to appear there for 10 years.

In 2021 Darcy launched a Tiktok account that quickly amassed 3 Million followers and over 100 million likes.

With 10 national televised festival Gala appearances, in 2018 Just for Laughs partnered with Bell Media and Darcy Michael to film their first ever 1 hour stand up special called "Darcy Michael goes to Church" available for streaming now on Crave.ca and worldwide through a partnership with Just for Laughs, Youtube & Facebook Watch.

Starring opposite Dave Foley in CTV’s “Spun Out” for two seasons, Darcy followed that up with his latest album “Family Highs” which quickly debuted #1.  An accomplished actor, Darcy Michael has appeared in tv shows & movies such as “Legends of Tomorrow”, “RapturePalooza”, “Lucifer” and “The Twilight Zone”.

A finalist in the national XM Top Comic Competition, Darcy went on to tour with Russell Peters and after an international search by NBC was chosen as a finalist for the NBC’s Stand Up for Diversity show.

The comedian/actor currently resides in Ladner, BC, with Jeremy, his husband of 18 years and their daughter. If Darcy isn’t on stage or filming, he can probably be found tending to his garden…where he grows “vegetables.”